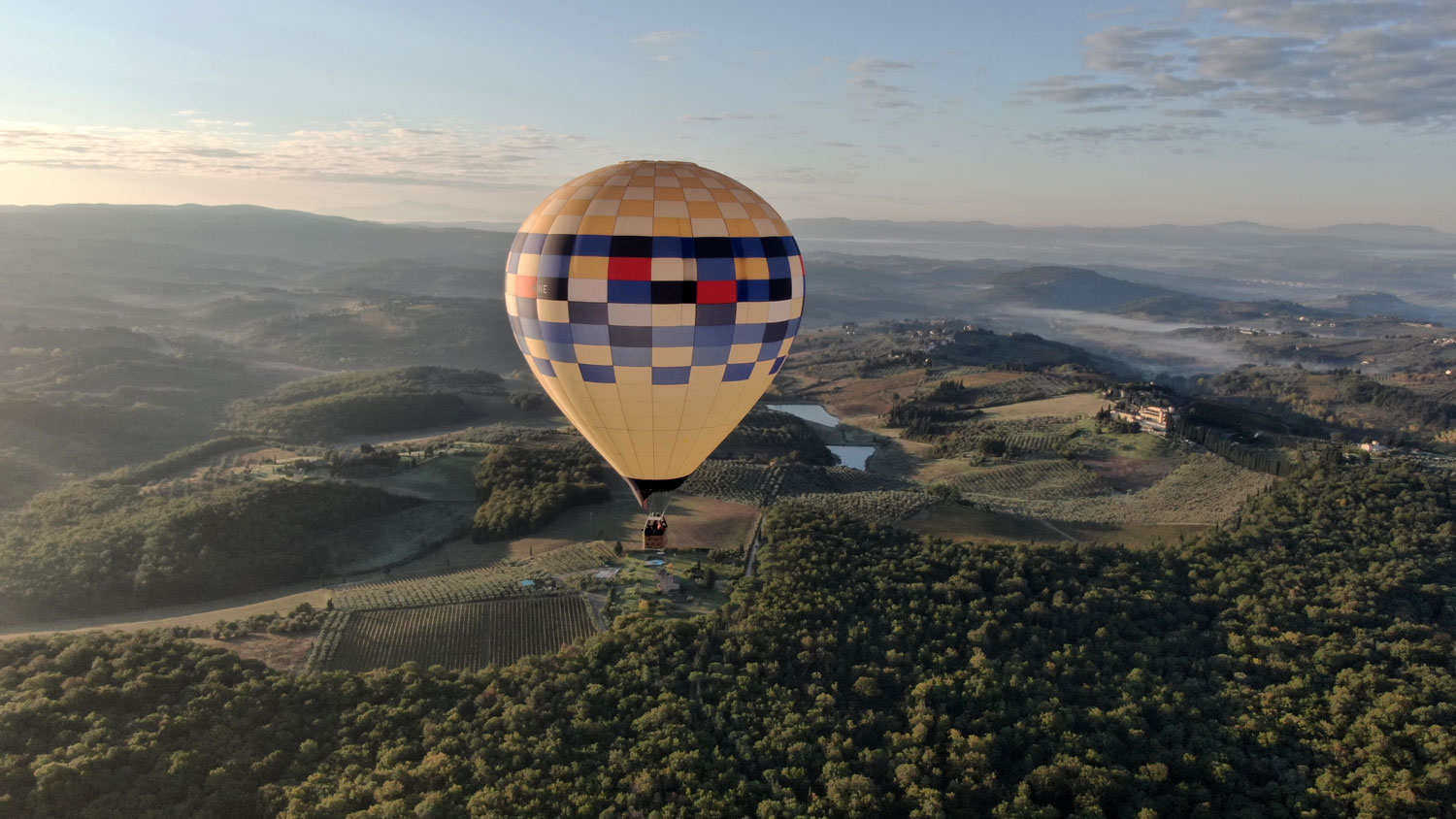 Balloon flights for the disabled in the Chianti area

Balloon in Tuscany is one of the few balloon operators in Europe, the only one in Italy, with a balloon basket that provides hot air balloon flights for disabled passengers. The “easy access” basket has a ramp, allowing people in a wheelchair to “get their wings” safely by balloon. Now those confined to a wheel chair can share the magic of an Italian balloon flights experience.

The basket specially designed to allow wheelchair users to enjoy the thrill of a hot air balloon flight over Chianti.

Conceived for them and equipped with an access ramp, it allows wheelchair users to “put their wings” and make a safe crossing on balloons, as they are called by enthusiasts. Now those who are confined to a wheelchair can share the magic of an Italian balloon flight experience. The simple easy-access balloon basket designed in collaboration with Lindstrand Balloons has eye-level panoramic windows for the wheelchair passenger.

Fill the form or buy a gift voucher online.

Choose the type of flight

Choose if you want a ride only for you or your group, or if you want to book one or more seats in a prearranged flight.

Contact us by telephone on +39 338 90 77 070 or by e-mail at: flyitaly@gmail.com for any information you need and to define the hour of meeting the day of the flight.

Let’s meet at the designated point

If you want you can be driven to the site by taxi or a private driver at an extra cost.

Book a flight
Gift a voucher

Wendy flew with us. The story of his flight and of our special hot air balloon for people with disabilities.

Wendy is from the Isle of Man. She has traveled over two thousand kilometers from the Irish Sea to Chianti to make the second balloon crossing of his life. The first dates back to a year ago, still here, among the green Tuscan hills. “I had never been to Italy – she says – I came specifically to get on a hot air balloon: in my country and in England there is no such possibility”. Since 2007 we at Balloon in Tuscany have been offering the possibility to people with disabilities to hover on the colorful balloons. In 2011 there were eight, in the last six years about thirty.

Many cried with excitement on their first take-off. «A great feeling of freedom, that’s what I felt the first time I took off – recalls Wendy -. I was not afraid, in fact I was thrilled.

Being able to do something like everyone, like the so-called ‘normal’, was a unique feeling. It’s like my disability has been erased. Now – she jokes – my three children envy me ». The special basket was created by the English company Lindstrand. There are five other examples in the world, two in France, one in Austria and two more in the United States. The first to enter service was the Italian one. «It took several attempts – explains Simon Maybe, the engineer who designed the structure – First we designed a basket with a transparent floor. The second was equipped with an access ramp, but the disabled could not see the view. Then we arrived at the final version – he continues – with a resealable platform, equipped at the end of a transparent ‘window’, which also allows those sitting down to admire the landscape ». 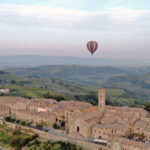 The story of a splendid corner of Tuscany from a whole new perspective: the balloon flight merges with the art of the story. Let yourself be carried away for a flight you will not forget. Told by Francesco Mattonai, narrator, screenwriter and actor https://francescomattonai.it https://youtu.be/OLvzY-v1pMU

Continua a leggere To fly in Chianti and Valdelsa 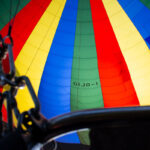 Although it’s clear a little bit of fear before going up it is licit especially for those are approcching to this means for the first time , actually the balloons are the safest air means. If every activity has its own risks, it is also true that the balloon is one of the safest means…

Flying with Balloon in Tuscany is a 5-star experience

See the reviews of our customers.

Balloon in Tuscany
5.0
Based on 16 reviews
powered by Facebook

Kim Whitaker
2021-08-28T13:20:43+0000
Absolutely the HIGHLIGHT of every single one of my guests. Gianna and her team have put together the most amazing... experience in Tuscany. Expert pilots and crew will take away any fears you might have. A buffet for the senses NOT TO BE MISSED!!! Brava Gianna!!!! Grazie mi amica!!!❤️🇮🇹😘read more

Jenn Tran
2019-11-07T12:47:53+0000
We had an incredible experience today, as we rode through the air over beautiful Tuscany. Max was our pilot and took... very good care of us! If you are considering a hot air balloon tour, this is the company for you...and this review is coming from someone who is deathly afraid of heights too❤️read more

Archer Hannah
2019-04-22T14:52:32+0000
It was the most wonderful experience ! Mother, daughters trip and a birthday celebration to remember! Stunning views... over the Chianti area of rolling Tuscany hills, delightful pilot andEnding with a wonderful champagne breakfast! A perfect day...❤️read more

Kimbo Ann
2018-09-29T16:22:38+0000
Absolutely amazing experience! It was my first time being in a hot air balloon and this company was excellent. I have a... fear of heights but Igor, our pilot, was so confident and knowledgeable that I didn’t worry about anything. The view of the Chianti region was stunning and the prosecco breakfast afterwards was excellent. We ate outside surrounded by olive and fig trees. Have I already said stunning views? The crew was friendly and excellent with communication before and during the trip. I would highly recommend this company to anyone!read more

Lydia Long
2017-11-10T01:42:59+0000
What an experience!! Loved the beautiful countryside and seeing all the wineries and vineyards!! Met some great people... and they made it all come together!! I recommend go for a ride!!!read more

Book a flight Gift a voucher